Yanik Silver redefines how business is played in the 21st century at the intersection of more profits, more fun and more impact. His story and businesses have been featured in WIRED, Forbes, TIME, USA Today, SmartMoney.com, MSN Money, Entrepreneur, Fox Business News, WORTH.com and the Wall Street Journal among others. He is the author of several best-selling marketing books and tools. 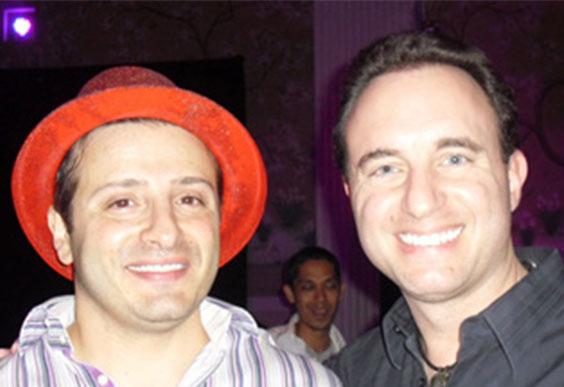 Who is Yanik Silver

Yanik serves on the Constellation board for Virgin Unite, the entrepreneurial foundation of the Virgin Group and Branson family. And his lifetime goal is to connect visionary leaders and game changers to catalyze business models and new ideas for solving 100 of the world’s most impactful issues by the year 2100.

In between checking off items on his Ultimate Big Life List, he calls Potomac, Maryland, home with his wife, Missy, and two mini-maverick adventurers in the making, Zack and Zoe.

He won the “Oscar Meyer Weiner” ice hockey shootout championship (twice) as a kid. His men’s league team still yells “Oscar Meyer” when he (infrequently) gets a breakaway.
He dressed as a showgirl in Vegas to surprise Sir Richard Branson on stage before a keynote …in front of around 3000 people.
He broke 200mph in a race car with nothing more than a green speedo on.
He was the 4th grade lead for the Tin Woodsman in The Wizard of Oz, and that was the start (and end) of his promising theater career though he can still sing most of his solo on demand.
His birthday is 9/25, and inside sterling silver, you will often see the number .925.
He snuck out at the age of 5 to buy markers with his Chanukah money—only to catch the wrong bus home and end up at the police station. Undaunted, his love of doodling still continues to this day!

He is the author of several best-selling marketing books and tools including Maverick Startup, Instant Sales Letters® , 34 Rules for Maverick Entrepreneurs, and Evolved Enterprise.

Yanik’s lifetime goal is to connect visionary leaders and game changers to catalyze innovative business models and new ideas for solving 100 of the world’s most impactful issues by the year 2100. Leveraging business as a multiplier for good.

Moonlighting on the Internet
Maverick Startup: 11 X-Factors to Bootstrap From Zero to Six Figures and Beyond
Evolved Enterprise: An Illustrated Guide to Re-Think, Re-Image and Re-Invent Your Business to Deliver Meaningful Impact & Even Greater Profits
Work With NoahCheck Out Noah's Programs