Tom Bilyeu is the co-founder and president of Quest Nutrition and the host of the weekly thought leadership talk show, Inside Quest. Tom and his business partners have been working as a team for 13 years, across multiple companies. In just five years, Tom has helped grow the company from a modest passion project into the second fastest growing private company in America, with over 57,000% growth in its first three years alone (via Inc. 5000) 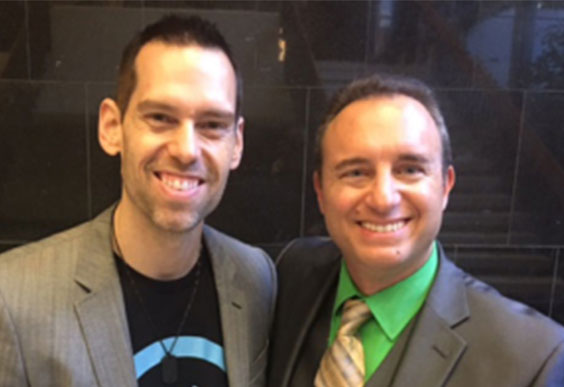 Who is Tom Bilyeu

>>According to: http://premierespeakers.com/tom_bilyeu/bio
https://hustlecon.com/from-the-kitchen-to-a-billion-dollar-food-company/
Thomas Bilyeu (born 1976) is an American entrepreneur best known as a co-founder of Quest Nutrition, the second-fastest-growing private company in North America on the Inc 5000 for 2014. He was born and raised in Tacoma, Washington.

And amongst the startup crowd, they’re famous for being one of the fastest growing food companies in the world with an unheard of growth rate of 57,000% in 3 years.

The former University of Southern California film major turned marketer started his career with Awareness Tech, a data loss company. After serving as their Chief Marketing Officer for 8 years, Tom was disenchanted with the work. And, when the company sold in 2010, Tom asked himself what he’d love to do, even if he were failing.

After losing 60 pounds, Tom wanted to help a few of his morbidly obese family members do the same. During this process, he became passionate about fitness and diet. And, to his surprise, the founders of his former company shared a similar passion. So, they decided to go in together on their next venture: a nutrition company.

Although he didn’t have a background in the food industry, Tom and his team started making protein bars out of their kitchen. And, after a few months of honing in on a repeatable recipe with no added sugar and dialing in the taste, they went looking for a manufacturer.

Problem was, not everyone was as stoked about their bars as they were. In fact, they were turned down by every manufacturer they reached out to.

So, Tom and his team decided to build the equipment on their own. Co-founder, Mike Osborn (an Iowa farm boy) had no experience in manufacturing, but he assured Tom that he could make the equipment work. They knew failure would be expensive, but they decided to give it a go. And wouldn’t ya know it, the modification worked…

They were able to produce a low-carb protein bar with no sugar alcohol.

With manufacturing solved, they just had to figure out how to sell the bars (minor detail).

Tom sent a thousand hand-written letters (including Quest bars) to fitness influencers. And, as these workout warriors started flexin’ their social muscles, the sales started rollin’ in. Tom estimates they did close to $10 million in e-commerce revenue by year two, before ever moving into retail.

GNC and Vitamin Shop were the first retailers to sell Quest. To gain more exposure, Quest used thousands of brand ambassadors to push the product. From Crossfit events to local health fairs, Quest tried to get in front of as many community-minded people as possible.

From day one, Tom and his team were 100% keyed in on the “why,” which, in their case, was to end metabolic disease. That means when it comes to new product launches, the team sacrifices product margin to provide as much value as possible to the customer.

As of 2016, they’re rumored to have sales well north of $400 million, making them the 2nd fastest growing bootstrapped company in the country in the last five years.
Work With NoahCheck Out Noah's Programs