Rohit Bhargava is a trend curator, founder of the Influential Marketing Group, and an expert in helping brands and leaders be more influential. He is the author of five bestselling books on topics as wide ranging as the future of healthcare, building a brand with personality, and why leaders never eat cauliflower. Rohit has advised hundreds of global brands and is a Professor of Marketing at Georgetown University. A two-time TEDx speaker, Rohit has been invited to keynote events in 32 countries and is regularly quoted in media outlets including The New York Times, Harvard Business Review, and NPR. 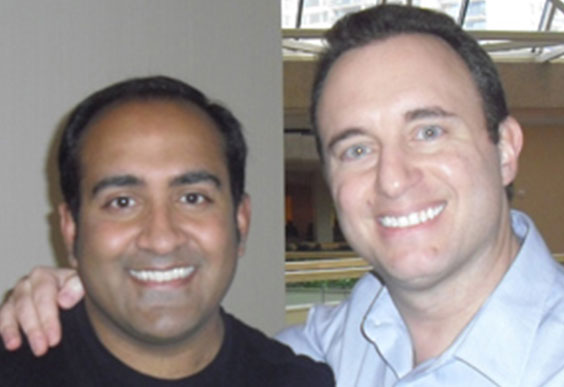 Who is Rohit Bhargava

>>According to: https://www.rohitbhargava.com/about
Rohit Bhargava is an innovation and marketing expert and the founder of the Non-Obvious Company. He spent 15 years as a marketing strategist for Ogilvy and Leo Burnett, is the Wall Street Journal best selling author of six business books and also teaches marketing and innovation at Georgetown University.

For full bio, headshots and a script to use to introduce Rohit on stage, visit www.rohitbhargava.com/speaking/bios-headshots

Rohit Bhargava a leading authority on marketing, trends and innovation. He is the Founder of the Non-Obvious Company and previously spent over 15 years advising large organizations on digital and marketing at two respected global agencies: Leo Burnett and Ogilvy. Rohit is widely considered one of the most entertaining and original keynote speakers on marketing disruption and innovation in the world. He is the Wall Street Journal bestselling author of six books on topics as wide ranging as the future of business, building a human brand with personality, and why leaders always eat left handed. He has been invited to deliver sold-out keynotes and workshops to change the way teams and leaders think at the World Bank, NASA, Intel, LinkedIn, MetLife, Under Armour, Univision, Disney and hundreds of other well-known organizations. Rohit also teaches a popular course on marketing and storytelling at Georgetown University in Washington DC and writes a monthly column on trends for GQ magazine in Brazil.

Rohit Bhargava is an innovation and marketing expert, skilled facilitator, and keynote speaker. After a successful 15 year career as a brand and marketing strategist at two of the largest agencies in the world (Ogilvy and Leo Burnett), Rohit became an entrepreneur and has since started three companies.

He is the Wall Street Journal best selling author of five books on topics as wide ranging as the future of business and building a brand with personality and has delivered sold out keynote presentations and workshops to business leaders in 32 countries. His signature book Non-Obvious is updated annually with 15 new trend predictions, has been read and shared by more than 1 million readers and is translated in ten languages. Rohit has been invited to share his insights at some of the most forward-looking organizations in the world including Intel, NASA, Disney, JP Morgan Chase, LinkedIn, Microsoft, American Express, BP, the World Bank, Coca-Cola and hundreds of others.

Outside of his consulting work, Rohit also teaches his popular signature course on storytelling and marketing at Georgetown University in Washington DC and has been invited to deliver guest lectures at many other prestigious schools including Stanford and Wharton. For the past 14 years Rohit has also been writing his personal “Influential Marketing Blog” which has been featured in global media and named one of the top 25 marketing blogs in the world by AdAge magazine. He is regularly interviewed and featured as an expert commentator in global media including Harvard Business Review, The Guardian, and NPR. Rohit also writes a monthly column for GQ magazine in Brazil on technology and trends.
Thanks to his many years of sharing insights, Rohit has been recognized alongside visionary business leaders like Sir Richard Branson and Tom Peters as a “Top 100 Thought Leader In Trustworthy Business Behavior” and was named by global recruiting firm Korn Ferry as one of the “Most Influential South Asians In Media and Entertainment.”

On a personal level, Rohit is married and lives with his wife and two young boys in the Washington DC area. He is a lifelong fan of anything having to do with the Olympics (he’s been to five so far!) and actively avoids anything having to do with cauliflower (yuck!). Outside of work, Rohit believes that the most entertaining and impactful job he will ever have is being a great dad and teaching his sons to be kind when no one expects it, curious about the things others take for granted, and confident enough to change the world.
Work With NoahCheck Out Noah's Programs