Ray Higdon is a bestselling author who teaches network marketers and business owners how to get more leads and make more money. Ray Higdon started his sales career at the age of 12 when he was selling 90-100 airhead candies to his schoolmates, this led to a constant craving for fun and profitable businesses. 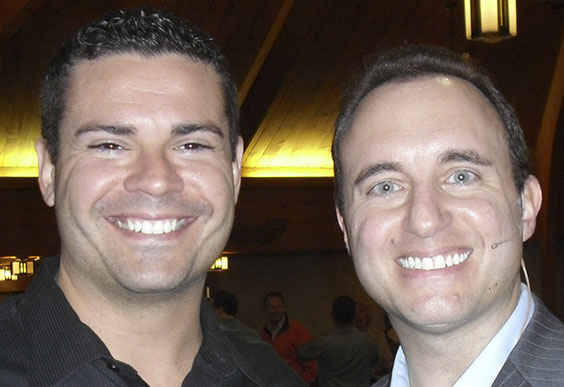 Who is Ray Higdon

>>According to: https://rayhigdon.com/aboutrayhigdon/
https://www.businessforhome.org/2011/07/numis-network-top-earner-review/
Ray Higdon is a two time best selling author and a former #1 income earner in a network marketing company that he joined while he was in foreclosure.

Ray Higdon was born in Seymour, Indiana and moved to Southwest Florida in 1989 where he currently resides. Ray is the proud father of two awesome boys, Ethan and Brandon. They are active in boy scouts and about any school fundraisers where the boys get to practice their early on sales abilities. If you wanna see Ray light up, ask him about his kids!

What is remarkable about this feat and a testament to Numis Network is Ray only has around 2,400 active reps on autoship in his personal team. June also marked Ray becoming the first person to hit the rank of Ambassador in the company.

A born entrepreneur, Ray Higdon started his sales career at the age of 12 when he was selling 90-100 airhead candies to his schoolmates, this led to a constant craving for fun and profitable businesses.

When Ray Higdon was 18 he worked 3 jobs, one of which was the night shift at Winn Dixie where he met a manager named Chad. At the age of 18, Ray was searching for guidance and asked Chad what his goals were. Chad replied that he planned on just sticking with the company even though he hated it.

When Ray asked why, Chad replied that he had worked there so long that he didn’t feel he could go anywhere and make the same amount, so he would just stay there. That reply stayed with Ray his entire life. Never would he settle in a place he didn’t want to be.

In 2006, his good friend and partner Kyle convinced him to join a network marketing company. Reluctantly, Ray started researching the industry as he was filled with doubts that most people experience about MLM before knowing anything about it. He found that with network marketing you had the possibility of extreme cashflow, ridiculously low overhead or risk and the ability to help coach and grow others. Wow, this was what Ray had been looking for in other industries but had never found it.

Ray has now been in network marketing for over 4 years and is forever grateful to that friend who introduced it to him. Now Ray spends his time helping others reach their financial goals using Internet marketing, Social media marketing and coaching them to have a “no-limits” attitude. Ray works out of his house and spends quality time with his kids doing what he loves to do! “When you love what you do, no day is actual work!”
Work With NoahCheck Out Noah's Programs