Mike Filsaime is an Online Entrepreneur and has been described as the “Michael Jordan of Internet Marketing” because of the expertise and knowledge he has shared over the years as an educator of innovative and cutting edge strategies. Mike is also an author, software developer, renowned speaker, and business consultant and runs one of the best and largest Closed-Door MasterMinds in Internet Marketing. 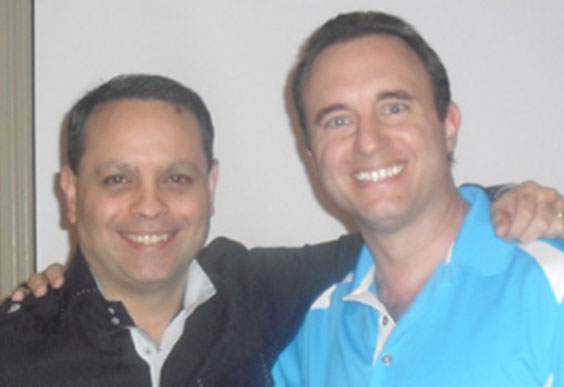 Who is Mike Filsaime

Filsaime was born on Long Island, New York. He attended the New York Institute of Technology from 1986 to 1988, where he focused in Computer Science and Business Administration. After leaving, he worked for 10 years in the automotive industry. Before leaving the industry in 2004, he was the general sales manager of a Toyota and Hyundai dealership on Long Island, New York.

Filsaime launched his first website in October 2002 and released his first product, Carbon Copy Marketing, in June 2003. In 2004, he quit his job at the Toyota dealership and started working full-time in the Internet marketing industry. In January 2006 he launched his Butterfly Marketing home study course From there, he went on to create other home study courses, software products, and services including his own online advertising network. He is a frequent speaker and was the keynote speaker at the Unlimited Power Online Dubai seminar in Dubai with Bingham Willis, UAE in late 2008. He has also hosted several conferences himself, such as the Internet Marketing Main Event seminar in 2005 and 2006, the World Internet Marketing Main Event in 2007, as well as the annual Internet Marketers cruise.

In 2013, Filsaime moved his company to San Diego, CA. Filsaime, now partners with Andy Jenkins, markets under the brand Marketing Genesis LLC and has created products under that brand such as Video Genesis, Genesis Labs, and WebinarJam

In 2014 Filsaime launched WebinarJam.com as a front end add on for Google Hangouts for online professionals to run webinars.

On CELEBS TREND NOW, Mike's is ranked in the list of most popular celebrities. Also, ranked on the list with those people who were born on October 26. Have Position Among the list of Most popular Computer Programmer. Mike Filsaime is 1 of the celebs with the age 50 years old.
Work With NoahCheck Out Noah's Programs