host of MarieTV, Entrepreneur and Philanthropist 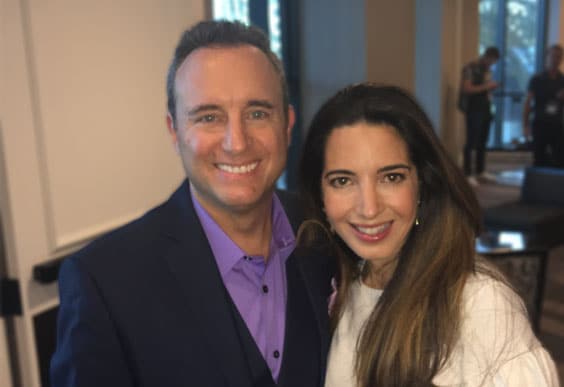 Who is Marie Forleo

Marie Forleo, named by Oprah as a thought leader for the next generation, shows you practical ways to become the person you most want to be. Through Marie’s award-winning show MarieTV, world-class online training programs, a book in 16 languages and an audience in 195 countries, helps people to dream big and back it up with meaningful action to create results.

>>According to: https://marriedbiography.com/marie-forleo-biography/
Marie Forleo is a marketing and lifestyle expert and a bestselling author. Through her popular website, marieforleo.com, she reaches over 190,000 readers in 191 countries worldwide. She also leads dynamic training programs that teach individuals to succeed in business and life. Marie is the author of Make Every Man Want You: How to Be So Irresistible You'll Barely Keep from Dating Yourself!. She was interviewed by Oprah and Tony Robbins and has mentored young business owners at Richard Branson’s Centre of Entrepreneurship in South Africa.

Marie Forleo was born on 7 December 1975, in New Jersey. Her nationality is American and ethnicity is North American. There is no information on her parents and siblings.

She later graduated from Seton Hall University in business finance in 1997.

Forleo first started her career from New York Stock Exchange (NYSE) where she served as a trading assistant immediately after graduating from college. She then, didn’t got stuck on one job but choose to grow and started to work for Gourmet and Mademoiselle. Furthermore, she didn’t stop learning and applied for an online course to learn the skills to coach clients. Soon in 2001, she established a newspaper for which she gained subscribers where she also started bartending, fitness and dance classes.

As per her achievement, the most remarkable one is that she became one of the first Nike Elite Dance Athletes in 2005.

As she is also an author, one of her most popular book “Make Every Man Want You: How to Be So Irresistible You’ll Barely Keep From Dating Yourself!”. It was published in sixteen different languages, this was all in the year 2008 followed up in next year her business took a peak growth. She, herself founded Marie Forleo International whose purpose was to focus on small business and personal development training for entrepreneurs. On the same year, she also has established Marie TV, a web television show. And the world popular website Forbes.com was listed “Top 100 websites for Entrepreneurs.”

She has a net worth of $4.5 Million but her salary is not revealed yet.
There is no any rumor or controversies regarding Marie Forleo. From her interest and career, she seems to be a well- organized being and no any aspect of her seems to call media for breaking news.

Marie Forleo is married to Josh Pais, an actor. At present, there seems no any information about the marital life between the two. They seem to have a little privacy maintained in these aspects as they have not opened up their livelihood. Currently, they reside in New York.
Work With NoahCheck Out Noah's Programs