Mari Smith is one of the world’s leading social media thought leaders with deep expertise in Facebook marketing. Often referred to as “the Queen of Facebook,” Mari Smith is one of the world’s foremost experts on Facebook marketing and social media marketing. She is a Forbes’ Top Social Media Power Influencer (currently #4 of 100), author of The New Relationship Marketing and coauthor of Facebook Marketing: An Hour A Day. 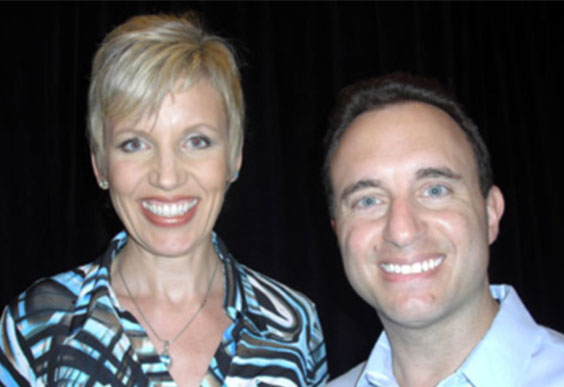 Who is Mari Smith

>>According to: https://www.marismith.com/meet-mari/
Mari Smith is the Premier Facebook Marketing Expert and social media thought leader.

Often referred to as “the Queen of Facebook,” Mari Smith is one of the world’s foremost experts on Facebook marketing. She is a Forbes’ perennial Top Social Media Power Influencer, author of The New Relationship Marketing and coauthor of Facebook Marketing: An Hour A Day.

Boost_Your_Business_logo_Mari_Smith_smIn 2015, Facebook headhunted Mari to partner with as the company's leading Small Business and Facebook Marketing expert, where she facilitated and taught at the Boost Your Business series of live training events across the United States.

"[These women] are challenging, shaping, and defining the digital marketing space and providing fresh insights into how marketers can move forward in the face of fast-changing priorities and technology." IBM

Fast Company described Mari as, "A veritable engine of personal branding, a relationship marketing whiz and the Pied Piper of the Online World." Forbes named Mari as one of the Top Ten Social Media Power Influencers many years in a row and Dun & Bradstreet Credibility named Mari one of the top ten Most Influential Small Business People on Twitter. Forbes recently stated about Mari:

Mari's background includes almost two decades in the fields of online, offline and relationship marketing, and Internet technology. As a passionate social media leader since 2007, Mari travels the United States and internationally to provide engaging social media keynotes and in-depth training to entrepreneurs and corporations.

Mari Smith and her team have mentored countless social media departments and individual social media professionals in a variety of specializations. Plus, tens of thousands of business owners and marketers from around the world have attended Mari's popular social media webinars over the past several years.

With her popular blog at MariSmith.com, and her large, loyal following on Facebook, Twitter, Instagram, and LinkedIn, Mari is considered one of the top resources and thought leaders in the world of marketing. She regularly appears in media locally and nationally in publications such as The New York Times, The Wall Street Journal, Inc., Forbes, Fortune, Chicago Tribune, and Success Magazine.
Work With NoahCheck Out Noah's Programs