“Noah’s methods can literally transform your life—and help you create the masterpiece you truly want and are capable of achieving.”

Best-selling author of The Answer 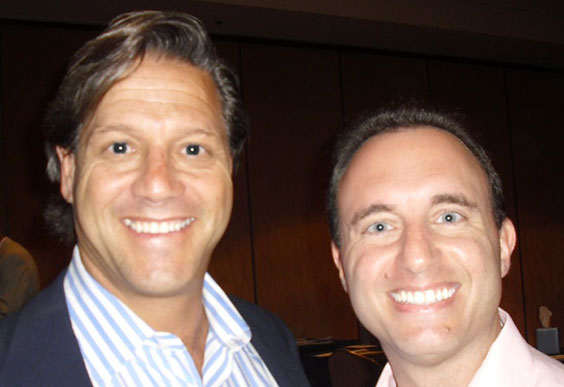 Who is John Assaraf

John Assaraf is a spiritual entrepreneur, philanthropist and teacher with an insatiable passion for brain research, quantum physics and helping others achieve and live their ideal life. As a result of his passion and commitment to personally live an extraordinary life, he have dedicated his life to studying and applying what he have learned and then passing on the lessons to others.

>>According to: https://www.makeavisionboard.com/meet-john-assaraf/#bio
Born in 1961, John Assaraf spent his early years in Tel Aviv, Israel, where it was anything but peaceful. When he was 6, his family moved to Montreal, Canada, and there he faced all sorts of new challenges.

He had a tough time learning to speak both French and English and quickly became the target of bullies. Math and English were a struggle for him. Making friends was even harder. By the time he became a teenager his self-esteem was at rock bottom, and his only friends were thugs and trouble makers.

He was a regular in the school principal’s office, but that was nothing compared to the beatings he got at home because of his bad behavior. It was a loving family, but his hot-tempered father was a taxi driver, and every time he got called to the school meant lost time picking up fares. He dealt with is anger by taking it out on his son, physically. (John tells the story of his childhood in more detail in his book “Having It All”.)

On the positive side, John did excel at sports, and it was his athletic skills that helped lure him away from the bad crowd he’d been hanging with. Yet even as he escaped the street gangs and worked a part-time job, he was two different people – the polite kid from a respectable family who worked at the local pharmacy; and, to quote him, “…a lying, stealing idiot with low self-esteem, almost no morals and the skills of a hard-boiled egg.”

His turning point occurred at age 19 when he decided he couldn’t keep living a dual life, and he chose to pursue what he thought would give him a better life. He was broke, jobless, and hadn’t finished his last year of high school, but he moved to Toronto where his brother lived.

From his own personal experience, John learned that no matter what has happened, we really do have the power to change ourselves. He believes in the power of God, and he has a passion for brain research, quantum physics, and spiritual growth.

John Assaraf - Whatever you focus on you create - https://www.makeavisionboard.com
Over time he has grown five multimillion dollar companies that include real estate, software, brain research, and life/business coaching. He’s also a best selling author, coach, consultant, speaker, and he’s appeared in movies such as The Secret and TV shows such as Anderson Cooper 360 and Larry King Live.

Today he researches, writes, and lectures all over the world on the neuroscience of success and achieving maximum performance. Quite appropriately, he calls himself the poster child for how dramatically your life can change once you learn to master your mindset.


"Be very careful what you say to yourself because someone very important is listening . . . YOU!"


"Here's the problem. Most people are thinking about what they don't want, and they're wondering why it shows up over and over again."