“Noah comes from his heart and shows you how to awaken to your own inner power through the magic of a question.”

author of The Attractor Factor and star of “The Secret” 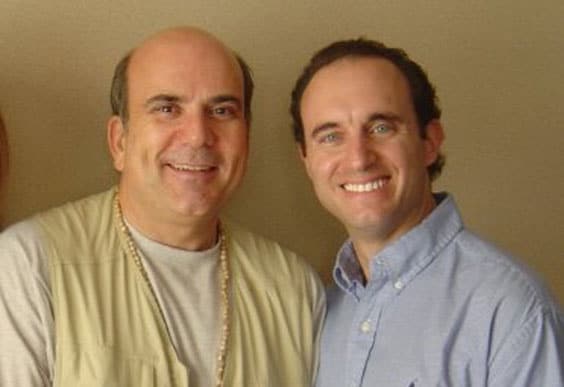 Who is Joe Vitale

Dr. Joe Vitale “Mr. Fire” is the author of far too many books and Life Coach. He wrote the bestseller, The Attractor Factor: 5 Easy Steps for Creating Wealth and many more. He created his original methods for using the Law of Attraction in business and life.

>>According to: https://www.mrfire.com/
Dr. Joe Vitale is the author of far too many books to mention here. Here are just a few of them:

He wrote the bestseller, The Attractor Factor: 5 Easy Steps for Creating Wealth (or anything else) from the inside out. It became a #1 bestseller twice, even beating the latest Harry Potter book.

He also wrote Life’s Missing Instruction Manual: The Guidebook You Should Have Been Given at Birth. It, too, became a #1 bestseller and was picked up by WalMart.

One of his most popular titles, Zero Limits: The Secret Hawaiian System for Wealth, Health, Peace, and More reflects an ancient Hawaiian practice, known as Ho’oponopono. A fan favorite, Joe has hosted multiple live events on the subject, nation-wide, and he has created quite a following on this title alone.

Joe also wrote the only book on P.T. Barnum’s business secrets, There’s a Customer Born Every Minute. He’s also written many more books on marketing and business, to name a few, Hypnotic Writing and Buying Trances: A New Psychology of Sales and Marketing. His latest book release is titled, The Secret Prayer.

Besides all of his books, Joe also recorded the #1 bestselling Nightingale-Conant audio program, The Power of Outrageous Marketing. Additionally, he’s also recorded the following audio programs for Nightingale-Conant, to name a few, The Awakening Course, The Missing Secret, The Secret to Attracting Money, The Abundance Paradigm, The Ultimate Law of Attraction Library and his latest, The Zero Point.

His popular title, Attract Money Now, is taking the world by storm as he is giving it away for FREE! It includes his easy7-step formula proven to manifest wealth.

Joe’s marketing methods have made people millionaires. He’s been involved with every aspect of marketing, from traditional direct mail to publicity to infomercials. He is the president of Hypnotic Marketing, Inc. and is the world’s first hypnotic writer. He created a home-study course called Hypnotic Selling Secrets — and made $450,000 in 3 days selling it online.

He is a sought out speaker who travels the world to such countries as Russia, Poland, Peru, Canada and Kuwait to spread his message on the law of attraction, “The Missing Secret,” ho’oponopono and much more. He was also a Keynote Speaker at the prestigious National Speakers Association Convention in San Diego, CA in July, 2007 and for Hay House “I Can Do It!” Conference in Austin, TX (2013).
Work With NoahCheck Out Noah's Programs