“I’ve known Noah for a long time and he was someone who early on gravitated to my message of bringing value to
his audience.”

host of The #AskGaryVee Show 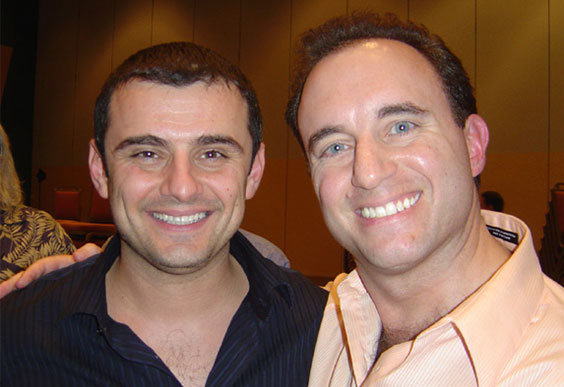 Who is Gary Vaynerchuk

Gary Vaynerchuk is an American serial entrepreneur, four-time New York Times bestselling author, speaker and internationally recognized internet personality. First known as a leading wine critic who grew his family’s wine business from $3 million to $60 million, Vaynerchuk is best known as a digital marketing and social-media pioneer at the helm of New York-based VaynerMedia and VaynerX.

>>According to: https://www.garyvaynerchuk.com/biography/
Gary Vaynerchuk is the chairman of VaynerX, a modern-day media and communications holding company and the active CEO of VaynerMedia, a full-service advertising agency servicing Fortune 100 clients across the company’s 4 locations.

Gary is a board/advisory member of Ad Council and Pencils of Promise, and is a longtime Well Member of Charity:Water.

Gary is a highly sought after public speaker, a 5-time New York Times bestselling author, as well as a prolific angel investor with early investments in companies such as Facebook, Twitter, Tumblr, Venmo, and Uber.

Gary is currently the subject of DailyVee, an online documentary series highlighting what it’s like to be a CEO and public figure in today’s digital world, as well the host of The GaryVee Audio Experience, a top 100 global podcast, and host of #AskGaryVee, a business and advice Q&A show which can be found on both YouTube and Facebook.

Gary and his family immigrated to the US from Belarus in 1978. He lived with 8 family members in a studio apartment in Queens, New York, before relocating to Edison, New Jersey. Gary often calls himself a “purebred entrepreneur” having successfully started a lemonade franchise at age 7, and eventually selling tens of thousands of dollars worth of baseball cards and toys throughout his high school career. At 14 he joined his family business bagging ice for $2/hr. When Gary identified “the internet” as a land-grab opportunity in the late 90’s he transitioned his father’s local liquor store (then named “Shoppers Discount Liquors”) into one of the first e-commerce platforms for alcohol in the country resulting in explosive top-line growth. Renaming the business to “Wine Library,” Gary grew his father’s company from $3-60MM in sales during his tenure at Wine Library.

During his time at Wine Library, Gary Vaynerchuk started one of the first long-form episodic video shows on YouTube in 2006 called WineLibraryTV. Gary produced an episode almost every day for 5 years . Gary’s charisma and uncanny ability to engage with his community landed him appearances on national television with Ellen Degeneres and Conan O’Brien.

After growing his family business through what Gary calls “underpriced attention,” including the impact of content, ecommerce, email marketing, and Google AdWords, Gary began his own journey of producing original business content as the voice of entrepreneurship online.

“Look Yourself In The Mirror And Ask Yourself, What Do I Want To Do Everyday For The Rest Of My Life…Do That.”


“All Your Ideas May Be Solid Or Even Good .. But You Have To Actually EXECUTE On Them For Them To Matter.”


“You Have To Understand Your Own Personal DNA. Don’t Do Things Because I Do Them Or Steve Jobs Or Mark Cuban Tried It. You Need To Know Your Personal Brand And Stay True To It.”