Christy Dreiling has a global business that generates nearly 35 million dollars in sale per year, she is the embodiment of what it means to have a successful strategy and worldwide outreach. Her talent and dedication to her field of work gives her the ability to effectively inspire people. With her positive energy, determination, and unique approach, thousands of struggling individuals have been able to regain their inner confidence and reach success. 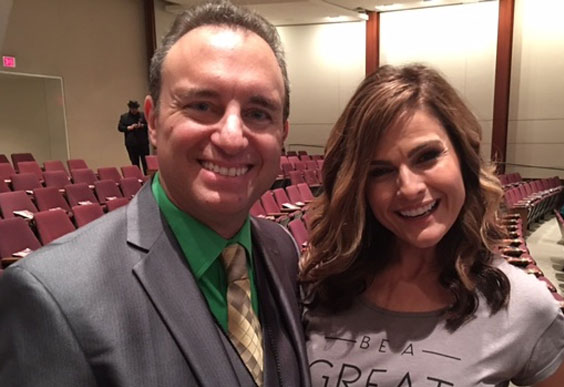 Who is Christy Dreiling

>>According to: http://www.christydreiling.com/index.php/biography/
Christy has spent 14 years in the Network Marketing Profession. She was the 75th person in the US to promote to the top leadership position after only one year in business. She is ranked as a top 11 income earner in her company and has yearly team sales that ranges from 35-40 million a year in sales. Christy has an organization of more than 117,000 customers, preferred customers and consultants in her downline. Christy reached the top 1 of income earners in her industry before the age of 30.

She has also earned the “Spirit ” award which was an award given to her by her peers for spirit and contribution to the field and she also recently earned the “Golden Halo” award which is given by the home office staff for her charitable contribution to her companies Foundation. Christy has also been inducted into her companies Million Dollar All Star club which recognizes the companies top tier leaders and their consistent performance and growth. She’s been a member of the Million Dollar club and the Million Dollar Club Hall of Fame. She has also earned numerous company trips that has taken her from S. Africa, to Prague, Switzerland, Vienna, Italy, Hawaii and so much more. Christy’s successsline has promoted over 150 white Mercedes over the course of 14 years. Christy was also “the face” of her companies anti-aging line for two years.

Christy has spoken to audiences up to 16,000 people and and has traveled across the nation and as far as Australia,UK & Taiwan to speak to aspiring entrepreneurs. She also spent some time as a coach/mentor to network marketing professionals and entrepreneurs helping them to define their brand and direction for their businesses.

Christy worked as a fashion photographer for 5 years shooting over 1500 models in the midwest before starting her network marketing business.

Christy has also written three books. Her first book is a children’s book called “Holes In My Socks” her second book is a business fable called “The Shift” and her best selling book about her life is titled “LOL”. Christy has traveled into the Bronx and battered women’s shelters sharing her books and gifting them to less fortunate.

Christy had her debut as a film Producer when she had the great fortune to work with a talented group in creating The 25,000 Mile Love Story. This award-winning inspirational documentary film chronicles the amazing journey of Swiss endurance athlete Serge Roetheli and wife, Nicole, whose thirst for adventure and desire to raise money and awareness for children suffering across the globe propelled Serge to run the distance equal to the Earth’s circumference. The epic journey was directed and written by Emmy Nominated producer John Davies, and brilliantly narrated by 2014 Oscar Winner, John Ridley (Screenplay Adaptation, 12 Years a Slave). The film has already won top honors at more than a dozen film festivals across American and Internationally.

Christy and her family recently launched a non-profit called Global Book Project. Christy and her families lives were changed after visiting one of Christy’s team leaders orphanages in Guatemala in 2015. They spent time with the orphans and delivery bunk beds to families who had no bed or slept on dirt floors. From this life altering experience they also found out that many 3rd world countries have no libraries or books for children or adults to read. Christy and her family has launched this non-profit to provide books for millions around the globe who wouldn’t normally have access to them.

Christy has also earned her bachelors in divinity and is working on her masters degree then plans to finish her PhD in Divinity at some point in the future.

Christy’s proudest accomplishments are her marriage to her husband of almost 20 years and mothering their 3 incredible sons and a foreign exchange daughter from Italy. Dylan who is 19 builds a business with Christy and travels around the globe with her. Nash whose 16 and Cruz whose 12 are aspiring professional baseball players. Christy and her family live on 20 acres in Kansas and they even have a couple cows and some chickens. She loves to go camping with her family in the mountains and travel the world meeting interesting people and drinking fabulous wine and tasting delicious food.
Work With NoahCheck Out Noah's Programs