Chris Stoikos is a wildly creative, out-of-the-box thinking, high performing CEO. He has been behind multiple successful product and company launches, and established a formula to create extremely engaging, low budget marketing videos that simultaneously entertain and educate your audience. 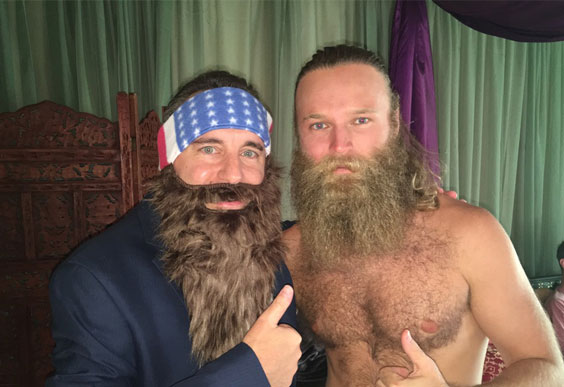 Who is Chris Stoikos

>>According to: https://chrisstoikos.jacobstone.co.uk/about/
https://www.secretentourage.com/success-stories/chris-stoikos-dbc/
Chris Stoikos is the CEO of Dollar Beard Club, a subscription men’s grooming company. Since a young age Chris has had an entrepreneurial spirit. He has built up and sold numerous businesses and has even landed a deal on ABC’s Shark Tank for one of his products, the Coolbox. Chris is an out of the box thinker who is able to take small budgets and create marketing campaigns that go viral and can grow a business organically versus through typical paid means. By striving to entertain and taking advantage of his creativity, Chris excels at creating successful companies and thrives in that environment.

From the time that I was a teenager, I’ve been engulfed in the entrepreneurial world. Knowing from a young age that I couldn’t stand the concept of working for someone else, I decided to take things into my own hands. After starting and selling an electronics store in Toronto, Ontario where I grew up, I took a one way trip to Hermosa Beach, CA where I started a successful restaurant on the pier.

After selling this spot and getting ready to move onto the next venture, I began uncovering my true passion: building products and teams, and most importantly, creating engaging brands with viral videos. On a shoestring budget with a small group of close childhood friends and new recruits, I created an agency called Project Copilot where my team and I would help incubate ideas into actual products with successful launch campaigns to catapult them into the market place

June 2015, my team and I decided to take the process we had curated to launch other brands and apply it to our own. The common ground between the group of us was the mutual commitment to grow our beards until we hit our version of success. That’s when the idea for The Beard Club was incepted – a subscription men’s grooming box company. We applied our formula of video creation to build a massive community around our brand and quickly turned our customers into a cult following. Operating with a broken website, hardly any paid traffic, email marketing, or affiliate marketing, we pulled in $10.5 million in sales within our first year of business.

By the time I turned 28, I had been responsible for over 100 million video views, tens of millions of dollars in sales, and I’ve even landed a deal of ABC’s Shark Tank in April 2016 for Coolbox, a product which I’ve now licensed since.

The formula I’ve been perfecting for producing viral videos has created an extensive base of raving customers, bringing in massive returns on investment. This formula is now something that I’m looking to share with the world. Video is the future of content, and my mission is to change the way that companies interact with potential customers. To lead in this movement, I’ve created a media and events company Unconscious Content in which I intend to change marketing forever, and for better.
Work With NoahCheck Out Noah's Programs