Since 1993, Alex Mandossian has generated almost $400 million in sales and profits for his marketing students, clients, and strategic alliance partners on five continents. His colleagues acknowledge him the Warren Buffet of the Internet because of his unique ability to make money for his partners, clients and students. 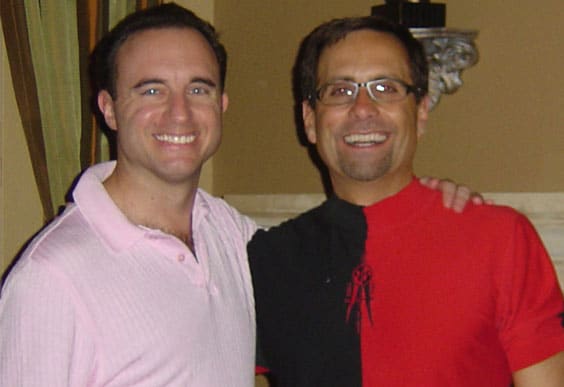 Who is Alex Mandossian

>>According to: http://www.marketingonline.com/about/
Since 1993, Alex has generated almost $400 million in sales and profits for his marketing students, clients, and strategic alliance partners on five continents. His colleagues acknowledge him the Warren Buffet of the Internet because of his unique ability to make money for his partners, clients and students.

Clients and luminaries alike say that his training and principles cause greater return on investment and also point of inflection that create legacy. His expertise has been showcased on ABC, NBC, and Fox television, National Achiever’s Congress, Speaker, and Billionaire Mentor Magazine.

His All-In Commitment – mental, emotional, physical, and spiritual – is why he serves as the "marketing therapist" for thought leaders such as Jack Canfield, Get Motivated, Success Resources Seminars, and Harvey MacKay.

Having facilitated over 40 group masterminds over the years, his "what, why, how, and what if" curricula guides eager students to elevate their skill sets, heart-sets, and mindsets, while escalating favourable business outcomes for those who take imperfect action. As he often quips, "Sloppy success is better than perfect mediocrity."

Alex’s marketing strategies helped convert his annual income in 2001 into a month income by 2003 and then into an hourly income (16 times) by 2006. Alex’s blog is read weekly by over 155,000 subscribers. He has shared the stage with diverse thoughts leaders such as Richard Branson, Harvey Mackay, Donald Trump, Tony Robbins, Robert Kiyosaki, Suze Ormand, Mikhail Gorbachev, and His Holiness, the Dalai Lama.

An Internet marketing pioneer and innovator, Alex has a long and impressive list of marketplace creations that continue to generate cash for millions around the world. Among his most popular products are Audio Generator – 2003, Instant Video Generator – 2004, Ask Database – 2005, Virtual Seminar Week – 2006, Teleseminar Secrets – 2008, and Hangout Marketing Secrets – 2013.

A Trainer Starting at 4 Years of Age

Alex’s path to become a master trainer and sought-after keynote speaker for appreciative audiences online and on stage was paved early in the halls of the St. Gregory Armenian Church in Pasadena, California. When he was four years old, his parents volunteered him to recite classical Armenian poetry in the presence of elderly "blue-haired’ widows to rave reviews and enthusiastic applause.

He’s been educating, inspiring, and igniting action among millions of virtual trainers around the world since then with joy, enthusiasm, and his own pithy and expanding set of "Alex-isms." These are short, inspiring phrases that speak powerful truths about what it is to play a bigger, better game and be the hero in your own life and work on your own terms.

From Command and Control to Engage and Enroll in an Instant

It hasn’t always been wine and roses for Alex Mandossian. In fact, in 1989, he found himself sitting on a park bench in McArthur Park in Los Angeles. He was dead broke, depressed, and ready to throw in the towel.

Suddenly, he observed an older, heavy-set woman feed the pigeons from the palm of her hand. That was the moment when he discovered a new leadership style. Right then and there, he transformed from "command and control" to "engage and enroll."

What he knows for sure is that true rapport and trust are the keys to unlock a world of opportunity so that pigeons and other living things need never be hungry again. Mastering the delicate dance to invite birds to eat from your own hand is not unlike the journey to create powerful and lasting relationships that feed prosperity for a lifetime. He’s on that journey himself and guiding millions to do the same.

Alex leads live events several times a year that reflect his belief that family-centered entrepreneurship and community should be center stage. With kids running around in the background and free day care provided, home-based businesses from across the USA and beyond gather to connect, learn, and grow into the empires they envision with Alex as their mentor and guide.

Alex lives in Marin County, CA and is a dedicated single dad to his two children, Gabriel and Breanna.
Work With NoahCheck Out Noah's Programs