I want to talk to you about the 3 reasons most entrepreneurs don't get to 100k a year and beyond.  Let's look at what does 100k a year mean?  I've been teaching people about my business and performance secrets for the last 20 plus years.

I started in 1997 in my college dorm room with $800 in a bank on how to do HTML and since that time my clients have added more than two billion dollars in sales!

So no matter where you are, I've helped people do that and I can help you too.

Here's what we see with entrepreneurs there are three major milestones that an entrepreneur has to get to the first milestone is to make your first $10,000 particularly in your online business.

The first dollar that you make is very special it's very important I learned this many years ago when I first started my online business to just get $1.00 in your online business is huge it means that somebody values you enough to take out their credit card and say yes I want what you have, I want your product, your service, your offer.

So that's very huge but the first milestone is to get to $10,000 in your business many entrepreneurs that we work with have spent tens of thousands of dollars and still haven't made the first $10,000 so is that where you are right now?

The second milestone and this is one of the major ones that we focus on is to get to 100k a year. That means you're making about ten thousand dollars every month.

There are two major reasons why most entrepreneurs do not get to 100k a year. 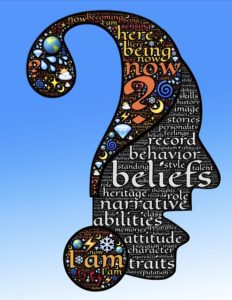 So you're saying that it's impossible. That's the first reason that most entrepreneurs do not get to a 100k a year.

The second reason that most entrepreneurs don't know how to get to 100K a year online is because they don't have the right offers in place.

I've told lots of stories about people who come to me come to my live events get coaching from me, hire me as their business coach, their performance coach, and they say “Noah, I spent all this money and all these ads because that's what the Guru's tell me to do and haven’t made any money.  Then I look, and they either have no offers or their offer isn't converting in the first place.

No one has taken the time to actually look at their offers.

So those two reasons having the wrong beliefs, and the wrong offers is exactly why I have decided to launch what we're calling the “I'mpossible Entrepreneur Challenge”.

You go to JoinIEchallenge and you'll see on that page number one you'll see videos after videos, case study after case study, student after student.

People just like you who I've helped to go from impossible to I'm possible some of their stories they'll bring tears to your eyes they're so moving some people are crying in the videos they're crying because of how much I had helped them because of the breakthroughs that have helped them to get in a very short amount of time.

This doesn't have to take years, or even months in just 14 life transformational days I will help you to install the right beliefs and also to start to implement the right offers.

I'm going to be teaching you the art of making irresistible offers but before we get to any of that, we've got a look at your beliefs.

That's what I'm the best in the world at. And that's evidenced by the case studies and the people who spent tens of thousands of dollars on all the gurus out there before coming to me.

They were still stuck they come to me and the first time they get on first time in their lives they get unstuck. Save time just come to me.  Why go to anybody else when you know that this works.

I don't say that arrogantly I say that because of the evidence, the case studies by the people just like you.  That's why I started JoinIEchallenge stands for I’mpossible Entrepreneur.

What are we going to do in 14 life-changing days:

We've all tried all that stuff I'm not saying it's all wrong, it just doesn't work.  it's not good enough. All the motivational speakers out there say the exact same thing and yet everybody's still stuck right? So they come to me. They come to my live events and they get unstuck.

The first seven days are very powerful, stunningly powerful, I'm gonna walk you through it, these are secret strategies that my clients have paid $50,000 for.  I have $50,000 coaching clients who paid me for this what you're gonna get for less than .0001% of that.

The second seven days is all about your offers.  Most of you are tripping yourselves up in one or both of these areas the wrong beliefs and the wrong offers or no offers at all and because no one's taking the time to show you how to make an offer.

How to make an irresistible offer, you know one of my super powers is to help my clients, people just like you to create funnels, sales funnels, maybe you don't know what a sales funnel is right now, maybe you spent a lot of money trying to learn about sales funnels. 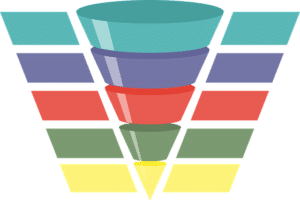 Everybody's teaching it backwards and that's good for me but bad for everybody who's paying them all that money, so we're gonna begin with the end in mind, we're gonna put your offers in place. All that's gonna happen in just 14 days.

Are you gonna make 100K in 14 days probably not.  We're not over-promising and under-delivering but what I'm saying is this is the first step to take you down that yellow brick road so no matter if you haven't made your first 10,000 yet if you're not to a 100K a year.

Or if you want to get to that million dollars, that seven-figures in your business, I will help you and the most important thing is to gain momentum to get you from where you are to where you want to be.

You have one day left to get in, and we're gonna start on Monday.  Right after Sunday at midnight doors close doors slam shut and that's it.  So every day I'm gonna be live you're gonna get live training from me.

By the way we're giving over four thousand dollars in prizes.  The beautiful thing is the first time we're doing it so it's actually a pretty small select group of people so you go a great chance to win so why not give yourself a great chance to win the next time we launch this there could be 10 times more people in it.