Vishen Lakhiani Entrepreneur, education technology innovator, speaker, investor and philanthropist – Vishen Lakhiani is the founder and CEO of Mindvalley, a company specializing in innovation in education by introducing mindfulness and personal development into global education and perpetual learning. 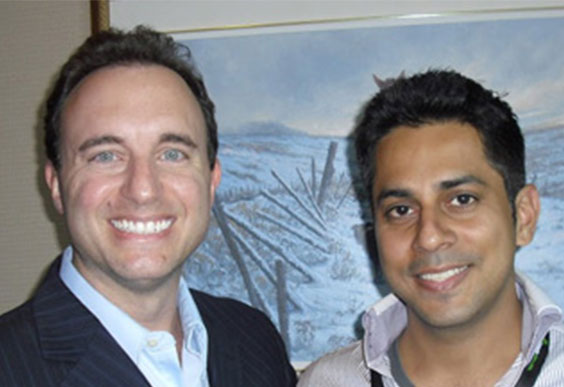 Who is Vishen Lakhiani

>>According to: https://www.vishen.com/about
Hi, I’m Vishen… And most people know me as:

The Founder of Mindvalley an award-winning education movement with over millions of students worldwide and growing fast.

The New York Times Bestselling Author of The Code of the Extraordinary Mind, now translated into 25+ languages.

The Founder of A-Fest and Mindvalley University two major event experiences in the field of personal transformation.

The Creator of Mindvalley Quests a new kind of online learning platform that produces 800% better completion rates than the industry average.

A Speaker and Activist working to evolve the core systems that shape our lives - including education, work culture, politics, and wellbeing (you might have seen my exposé on Nestle, shared over 20M times).

But the above are just labels we attach on people to make sense of them.

You see, I believe the human species is capable of extraordinary things. More than any other known species, we have a breathtaking ability to grow, create, explore, love, and solve challenges. The key to awakening this potential is UNITY. We need to come together - which is in fact our natural state. Yet instead of uniting us, many of the systems, institutions, and beliefs governing the world today are dividing us.

I’m a father of two, and I want my kids to grow up in a better world. I want them to inherit a borderless and awakened world. A world where divisive politics, corporate greed, and damaging Brules (Bullshit Rules) have finally disappeared in the face of humanity’s limitless potential for growth and co-creation.

I believe the solution to that world lies in raising human consciousness. Which means evolving the way people learn, grow, work, and co-create. Inspired by Mandela’s quote, “If you want to change the world, change education” I set out to start a new type of education company, one focused on unifying the world and teaching transformational education - the things that truly matter for the human race.

Mindvalley was born
And today we’re a team of some 300 people from 54 countries working to build a new type of global education system that defies all the traditional rules of ‘education’.

My companies, my technology, my writing, and my speaking are all in service of this goal to elevate consciousness for 1 billion people by transforming the major systems that run the world.

The Early Years
I was born and raised in Kuala Lumpur, Malaysia. I was an awkward kid with poor eyesight, bad skin and Aspergers; but worse than that was the Malaysian schooling system itself: there was no space for creativity or thinking outside the box.

I remember often being force-fed with Brules that even my most caring teachers tried to pass off as facts: like how to be successful, how to worship God, what a proper family should look like, why I shouldn’t trust people from foreign countries.

My schooling experience in Malaysia was in short, horrible. As a child I would hope to fall sick so I didn’t have to go that wretched government school I was enrolled in. This experience in my youth was instrumental in shaping one of my biggest missions today: to evolve education beyond the outdated models of the past, and envision a new system that empowers people to become the best versions of themselves.

After graduating from high school, I moved to the United States, where I studied computer engineering at the University of Michigan. I barely graduated as I realized that schooling just wasn’t for me.
Work With NoahCheck Out Noah's Programs