Joseph Sugarman is a legendary copywriter who started a mail-order business, JS&A Group, through the power of his pen. He’s also the author of The Adweek Copywriting Handbook, author of the bestselling Success Forces, is known throughout the advertising world as a copywriting legend and role model. His ads have moved millions of customers to reach for their wallets, and his JS&A Catalog was once America’s largest single direct mail catalog of space-age products. He has given copywriting seminars throughout the United States, Europe, Asia, and Australia. 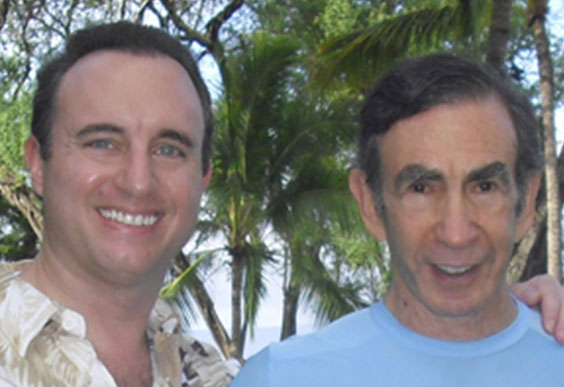 Who is Joe Sugarman

>>According to:  http://www.usdreams.com/Sugarman.html
Direct Marketing Man of the Year in 1979. Recipient of the Maxwell Sackheim award in 1991. Called the “Mail Order Maverick” by The New York Times. Joseph Sugarman is the man behind the accolades, and they are only a snippet of what this amazing marketer has accomplished throughout his life. Joseph Sugarman reinvented direct marketing, introducing marketing concepts that, while mocked at first, are now considered the “bible” of direct marketers everywhere.

Joseph Sugarman was born and raised in the Chicago area. He made an early mark with his quirky approach to writing. Sugarman had a knack for writing what his audience wanted, and he capitalized on this throughout his school career. In fifth grade Sugarman took a comical approach to an essay that was well-received by his classmates but not his teacher. This did not deter Sugarman, who later wrote a column for his high school newspaper and also published his own student-oriented magazine.

Sugarman also had a knack for turning anything that he touched into gold. Sugarman studied electrical engineering at the University of Miami, and he was top of his class. For fun, however, Sugarman joined the university’s worst fraternity. His goal? Make his fraternity the best one on campus, which he did before he graduated.

Sugarman was drafted into the military even though he’d entered the ROTC program in college. Sugarman proved himself ahead of the class and was assigned to military intelligence school. A general took note of Sugarman’s unique ability to grab the silver lining out of every cloud. Sugarman was assigned to Germany under the CIA and spent nearly four years in the country.

Sugarman came back to the United States and indirectly took the marketing world by storm. His first project was a direct mail campaign for a ski lift manufacturing company. To anyone else, this would be a tough sale, but Sugarman rose to the challenge. His campaign of a rather obscure product was so successful, ski resorts throughout the country begged Sugarman to open up an advertising agency, which he did, as well as a ski lift manufacturing company, Ski Lift International, which operated from 1965 to 1973.

Sugarman’s next project wasn’t any easier than selling ski lifts. The pocket calculator, a necessity today, wasn’t thought too highly of at the time Sugarman began to market it. In fact, people mocked Sugarman at the suggestion of selling such a thing. Sugarman turned their criticism into cash by successfully marketing the calculator, and selling millions of the hand-held mathematical device.

This prompted another corporate venture for Sugarman. He formed JS&A Group, Inc., a company which marketed electronic advancements, such as portable radios, the cordless phone, and the digital watch. JS&A Group, Inc., found itself in legal trouble in two instances when both Atari and Data Cash Systems, Inc., sued the company for copyright and patent infringement. This didn’t slow Sugarman down one bit.

Sugarman set electronics aside and saw opportunity in another company’s bankruptcy. Sugarman approached NASA with sunglasses that protected astronauts’ eyes from the sun’s dangerous UV and blue rays. NASA loved the idea, and Sugarman opened his company BluBlocker Sunglasses. Sugarman took BluBlocker Sunglasses public with, once again, an irrepressible advertising campaign that convinced millions of people to purchase the protective eyewear.

In his elder years now, Joseph Sugarman is far from retired. Sugarman is the Director and Treasurer of Delstar Publishing, an electronic publishing company based in Las Vegas, Nevada. Sugarman is also the President of Stem120, a company that designs and sells anti-aging products. Sugarman puts his advertising money where his mouth is and lives an active life that includes using the anti-aging products he markets. Whether staying at his home or Maui or Las Vegas, Joseph Sugarman remains that playful fifth-grader who sells his vision by knowing what people want to see and hear.
Work With NoahCheck Out Noah's Programs